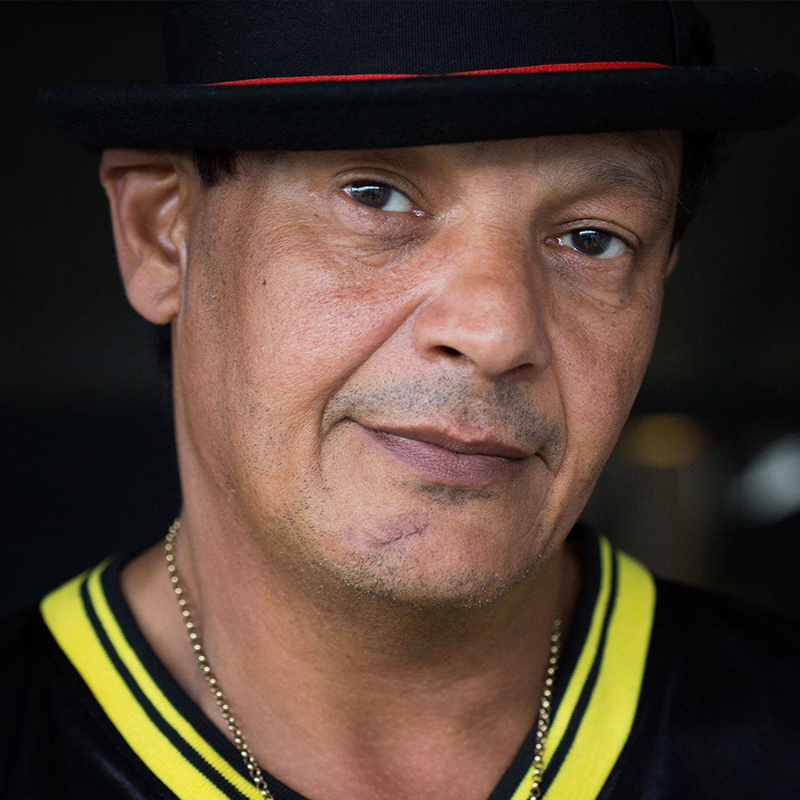 Teacha’s been coming to Glastonbury longer than anyone else on the crew, since the mid 1980’s, and has been doing the onsite Glastonbury Festival radio longer than anyone else too, since way back in the days of Radio Avalon. He’s a mentor to us all at Worthy FM, helping newbies find their feet, and still teaching the regular crew a thing or two every year. He’s a top notch presenter too, his nightly reggae shows having become a Glastonbury legend for his unequalled collection of tunes and his occasional singing too.

Every year he comes to the festival with no performances booked, and every year he gets invited to sing on one or more of the stages across the site, once word gets out he’s here. His favourite Glastonbury moment was interviewing the late great James Brown at Glastonbury 2004. They got on so well, James Brown delayed the start of his show to carry on with the interview, so if you wondered why James Brown was a little late for the show you saw, Teacha’s your answer.

In fact, if you’ve wondered anything at all, Teacha’s probably got your answer for that too.