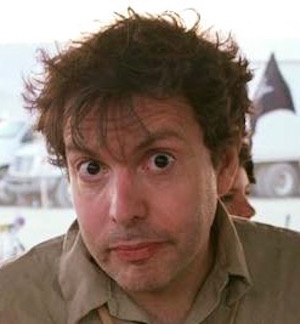 Douglas Wolk, our 2016 Burning Man exchange crew member, has been DJing and writing about pop music since he was an annoying teenager. He’s been on the air with Burning Man’s official radio station BMIR since 2005, and writes regularly for Rolling Stone, Pitchfork, the New York Times and a lot of other places. He’s also run the tiny independent label Dark Beloved Cloud for close to 25 years, played in a Brian Eno tribute band, and written permission slips for several hundred people as an art project; he recently started co-hosting the podcast FONFLIF!

Douglas is the author of James Brown Live at the Apollo and Reading Comics: How Graphic Novels Work and What They Mean, is currently writing a book about reading 25,000 Marvel superhero comics, and is one of the very few Americans ever to have written Judge Dredd comic books. He is unutterably psyched to come to Glastonbury.