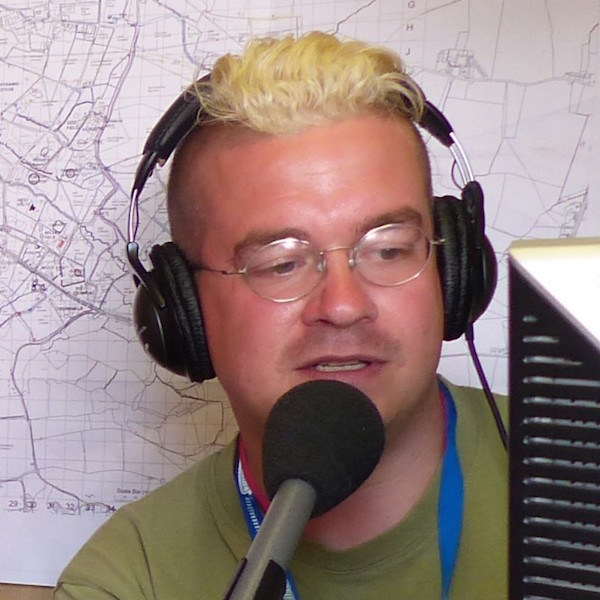 Gez has been going to Glastonbury since 1997, and volunteering with Worthy FM since 2008. His highlights on the station so far have included asking Nick Clegg if he’d put his festival ticket on expenses, nude modelling in front of a packed tent in The Common, and taking part in a crew swop with BMIR, the official station of the Burning Man Festival in America, where he got the idea for Worthy FM’s second studio which debuted in Arcadia in 2013.

His favourite part of the festival is getting to chat to all the lovely ticket buyers who make it the awesome place it is. If you see him, do say hello!