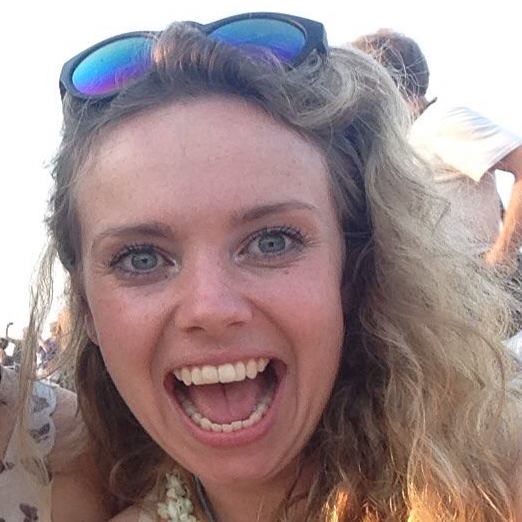 Pammy’s been a regular at Glastonbury festival since 2008 and joined the Worthy FM crew in 2014. She’s spent many moons travelling around India and the Middle East and now resides in Bristol, working as a freelance radio producer/ presenter and yoga teacher.

One of Pammy’s biggest passions is finding new music: “I love the power of music, the way it completely transforms a mood, that moment you hear a song and the hairs on your arms stick up – that feeling is otherworldly. Never do I feel closer to a higher self than when I hear a very special song. Genres? Anything goes! There is so much amazing music to discover!”

You’ll find Pammy presenting the afternoon show and roaming around the fields of Avalon capturing all the wonderful distinct features that make Glastonbury, Glastonbury! Whether it’s a wedding at the stone circle, a flash mob on Pennard hill or interviewing the cows of Worthy farm she’ll be bringing the features of the festival for Glastonites near and far.

Top Tip…”Not all those who wander are lost” !!