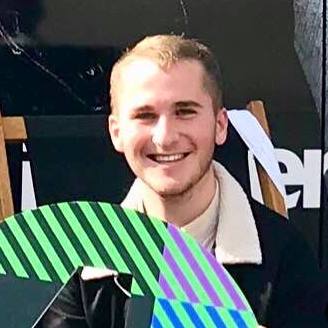 Brought up in Weymouth, Rhys has always had a love for the radio and media industry. He joined his local community radio station (AIR 107.2) in 2012 and from there had many opportunities within the station, presenting a variety of shows including Drive Time, Weekend Breakfast and The Chart Show. Over the past 4 years, he has interviewed the likes of Scouting for Girls, Stooshe, X Factor contestants, Scott Mills and Greg James.  In 2016 he moved to London, where he has just finished studying Radio and Digital Production. During Rhys’ time in London, he has worked for BBC Radio 1, Sky and LoveSport Radio. For the last two years and currently, Rhys is workng as the assistant producer for Penny Smith Weekend Breakfast Show and The Steph and Dom show on talkRADIO.

This is Rhys’ third year with Worthy FM, where this year he will be looking after social media for the station and also hosting breakfast shows from Fri-Sun on the show days.  Rhys is honoured to be a part of the Worthy FM for another year and is excited to see some incredible acts this year at the festival.