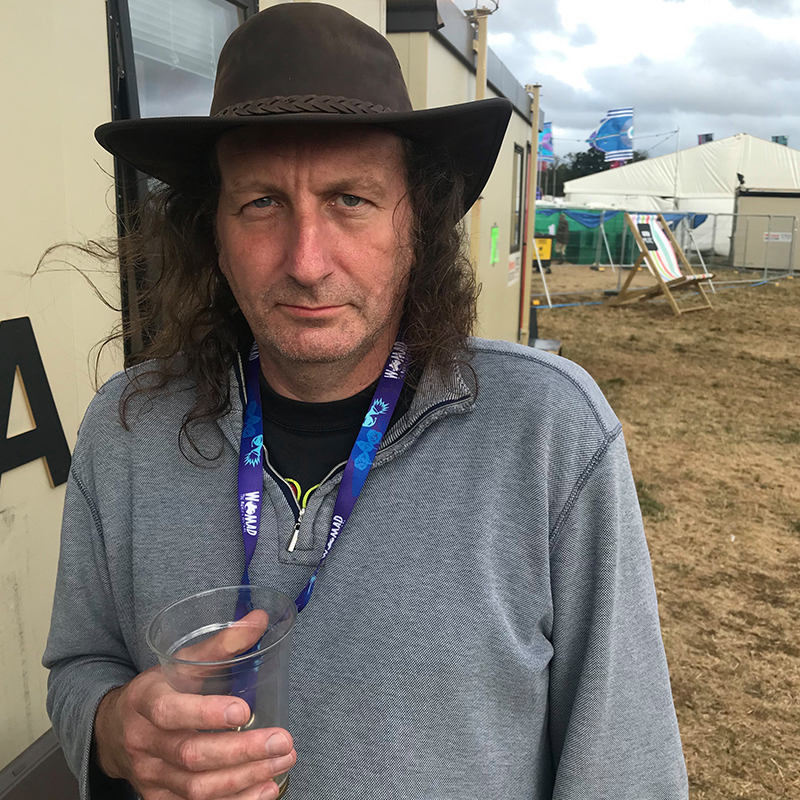 It’s been over thirty years since his first Glastonbury Festival radio appearance, Steve’s Glastonbury radio experiences have included getting a ride in a helicopter, interviewing the likes of Tony Benn, Reef, Martha Wainwright, Mark Radcliffe, Stephen Merchant, and a singing toilet, fooling people into thinking that he was a famous rock star, waking Billy Bragg when he didn’t want to be, standing on the pyramid stage, and being a guest co-presenter on Lauren Laverne’s BBC 6music show.

Steve is a former pirate radio broadcaster and now a regular on Bristol station BCFM and has worked on, and indeed run, many other small radio stations as well as freelancing for the BBC.

At night, you’ll look up and no doubt admire the illuminated sign that says ‘Worthy FM’. He built that. Pretty isn’t it? Let’s hope it works this year!